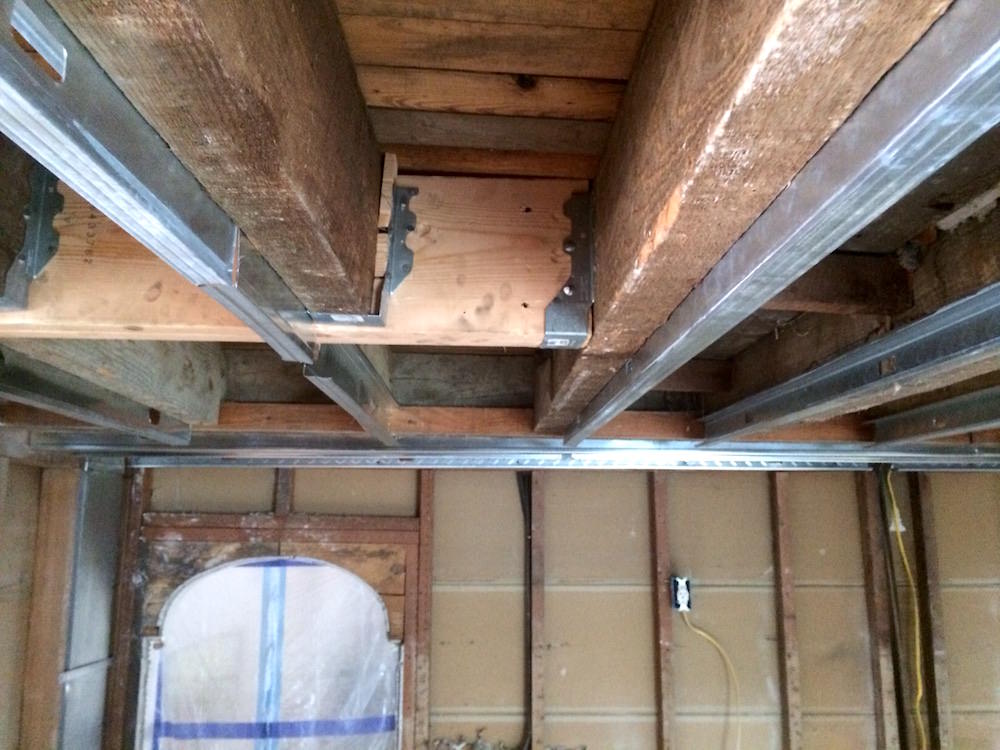 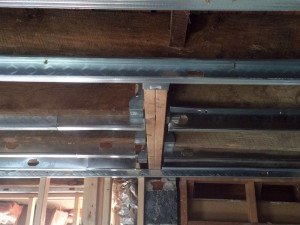 Before starting any remodeling project, there’s one thing you have to do: create a budget.

Your budget dictates the work you can afford to do on your home, the contractor you’ll hire, materials, upgrades, and more…the list goes on and on.

But there’s one line item that people overlook far too often: the extra money you must set aside “in case of emergency”.

Nothing in life goes exactly according to plan, and remodeling projects are no different. You should always budget for unforeseen circumstances in every home improvement project you undertake.

JR Carpentry & Tile wants to help you avoid making the costly mistake of being unprepared before going into any remodeling project. In Part 1 of this series, we discuss one of the more common obstacles contractors run into: damages left over from previous projects.

During a recent kitchen remodeling project, the homeowner wanted to replace the old plaster ceiling. It had been repaired one too many times in the past, and they wanted to start from scratch.

The job started off like any other project…until the old plaster ceiling was removed. That was when we saw it.

The ceiling was completely bowed after being shimmed down during a previous repair. This wasn’t an issue that could just be covered with some new plaster; the poorly-performed repair had caused permanent damage to the structure of the home.

Our first idea was to jack all of the joists underneath the second floor up to meet the highest point of the kitchen. 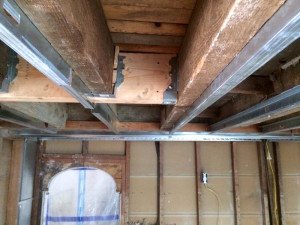 However, this plan turned out to be impossible, due to the fact that the homeowner had recently remodeled their second floor bathroom, which was directly above the kitchen. By jacking the second floor joists, we would create a ripple effect in the tile and sheet work of the brand new bathroom.

Unfortunately, we had no option other than to sister all of the ceiling joists and bring the entire ceiling height down to the lowest joist height. This led to a loss of more than two inches from the height of the kitchen.

While the JR Carpentry & Tile team was ultimately able to complete the kitchen remodel, this untimely hitch had some serious affects on the job.

There was an additional day’s worth of labor to pay for, plus a few hundred dollars in materials to get the ceiling level and flat.

Unfortunately, previous remodeling work that had not been completed up to par ended up having a long-term, adverse effect on future projects the homeowner wanted to undertake.

While this particular job ultimately blindsided the homeowner with unforeseen costs, we hope that they have learned a very valuable lesson about the importance of budgeting for emergencies in every home remodeling project.

Our team is here to help you with come up with a plan to update any room of your home the right way. We’ll even work with you on your budget to make sure you accommodate for every possible scenario, while still keeping the price right for you!

Click here for a free quote on your next home remodeling project.